What next - engineering apprenticeship or university degree? 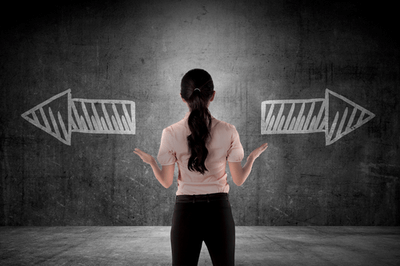 Going into your final year of A levels or college is a stressful time for anyone. But when you have no idea what you want to do afterwards, it can be a whole lot harder.

Do you want to go to Uni? Or would you rather do an apprenticeship? Are you thinking about a gap year? Or maybe you want to start working straight away?

Working out what you want to do after leaving school can be an overwhelming time because of all of the choices you have to make.

For the first time, you are in complete control of your life and, if you’re like me, you may find that prospect just a little bit terrifying!

I knew I didn’t want to do a gap year or go straight into full-time work, but I couldn’t decide between an apprenticeship and going to university. They both had their pros and cons and the more time I spent weighing up the options the more stressed out I became.

My biggest fear was making the wrong decision and then having to either 'drop out' or just hate what I was doing for the next three years. Neither scenarios were ideal! At one point I even debated flipping a coin but I didn’t like either of the outcomes because they both made me think that I should do the other.

On the plus side, because I was so undecided, I ended up doing a whole lot of research. And when I say research, I mean pages and pages of it. You have no idea. There I was, poring over every university prospectus under the sun whilst at the same time looking up apprenticeship after apprenticeship, just trying to find something that took my fancy.

What I knew for sure was that I wanted to do something to do with engineering.

Thinking back, I've always been fascinated by how things worked – first observed as "destructive behaviour" when I completely destroyed my sister’s etch-a-sketch at the age of three. I think I wanted to know what was going on under the screen (and I succeeded!)

Fortunately I had also done some work experience, at a computer engineering firm, before starting my A levels, so I was reassured that engineering was the career for me. I guess you could say that this already narrowed down my search, but it only made it marginally easier.

So, there I was, ordering hundreds of prospectuses that cluttered my bedroom floor, having more tabs open on my browser than I knew was possible due to all of the different apprenticeships that I was looking at. And still, I was stuck.

Time to weigh up the pros and cons...

My first option – an apprenticeship.

On the plus side I would be getting hands-on experience in the field that I wanted to go into, while still being able to study and get the rewards of a degree. There were also many apprenticeship opportunities within a few miles from my parent’s house, so I could still live at home. And I could be earning while learning - a plus for most people.

The negatives? There were the implications that seemed to follow apprenticeships  - in that they’re a less academic path to take and that for a large number of apprenticeships you only needed a handful of GCSEs to apply. Looking back though, this is no longer how I see apprenticeships as the qualifications you achieve at the end can often match most university degrees.

You’re also faced with a bigger task of trying to balance a job and a degree (and still trying to fit in a social life obviously!)

Choosing university meant that I could have a solid three, four or even five years of learning without having to balance the responsibilities of a job as well.

It would provide the opportunity to meet lots of new people and have that ‘uni experience’ that everyone always talks about. It also would offer a chance to be independent and to try to look after myself whilst surrounded by other equally incompetent students.

My main issue with university though, was the prospect of having to leave home and the costs associated with living on my own/student loans etc. In line with this, I was also worried that if I didn’t enjoy myself, I didn’t know what I would do. I didn’t want to have to go through the whole 'personal statement' process if I wasn't even going to last three weeks.

As you can tell, my mind was not made up and I was stuck going round in circles. So, after many nights of thinking, I came up with a solution - I would plan for both options.

Most of the apprenticeships started later than university. So I decided to go through the whole process of applying to university but also to have an apprenticeship lined up in case I didn’t like it.

And I'm happy to say that after months of worrying, countless sleepless nights and a long list of open days, it only took two days of uni life for me to realise that was where I wanted to stay!

So, my advice if you're in the same boat? Well, it's important to do all of your own research and make sure you don't just follow what your friends are doing.

Take the opportunity to visit all the open days you can as well as talking to past and present students that have gone down both routes to get a real insight into what their experiences have been.

And at the end of the day, if the option you settle on turns out not to be the right one for you, there's always enough time to change things and learn from the experience.

What's the key to boosting the numbers of women in manufacturing?