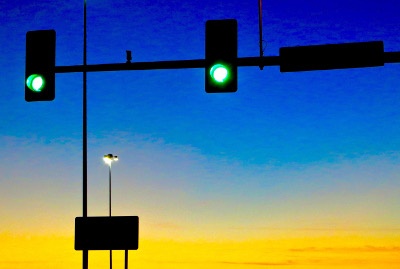 As you may or may not know, 2011 saw the legal initiation of the RoHS 2 recast and an update of the RoHS Directive 2011/65/EU, subsequently transpiring into UK law.

As a result, although the recast was instigated in 2011, dependent on your product type the year in which you are legally required to comply with the new legislation is variable.

2017 sees the end of the transition period for EEE products that fall into one of the subsections of category nine - industrial monitoring and control instruments.

RoHS 2, also referred to as the RoHS recast of 2011, is a legal document that sees a move away from the partnership of WEEE (waste electrical and electronic equipment directive) and RoHS (Restriction of Hazardous Substances) to two separate directives.

Another important feature within the recast of the RoHS directive is that it now plays an integral part of CE marking. So, what does that mean exactly? It means that you can no longer CE mark in sole accordance to the medical device, machinery, EMC or low voltage directives. Instead, these requirements are met in tandem with the RoHS 2 guidelines.

The original substances controlled by RoHS have not changed in the new directive and include:

However, four new proposed substances have been added alongside them:

EEE products (unless exclusively exempt) that contain these substances are not permitted to be placed onto the EU market.

What is included in category nine?

Who is responsible for ensuring compliance?

The legislation states that compliance is the responsibility of the person that places the product onto the EU market. Whether you are an electronics manufacturing services (EMS) provider or an original equipment manufacturer (OEM), establishing an honest and trusted relationship with your supply chain is key in ensuring RoHS compliance.

Having access to accurate and trusted information from your suppliers regarding the RoHS status of components reduces the reliance for additional checks (XRF testing, for example) to help verify compliance. As you can imagine, this also minimises lead time, cost and waste.

Consequences of not complying?

As RoHS 2 is a legal requirement, consequences of non-compliance can vary from minor penalties, such as warnings, to more severe actions, such as large fines, and the destruction of products.

It is important to remember that RoHS 2 is an integral part of CE marking, therefore being non-RoHS compliant can mean that your product (unless exempt from RoHS laws) will not be able to be CE marked. Arguably, the most significant impact on your business of not complying is the inability to place your product on the EU market for trade.

Other updates to watch out for

Transition periods are now coming to a close for RoHS 2 with most categories already required to be fully compliant. However, in 2019 the transition period for all other EEE products not covered within any of the other categories ends. This means in simple terms that if your product contains any form of electronics or is powered by electrical systems, they will need to be fully compliant by 2019.

The benefits of postponement manufacturing when outsourcing

4 things to do before you speak to an EMS provider