In 2019 the shipping industry was sailing through relatively calm waters. The supply for new ships met the demand, shipping containers were cheap, and we were all getting the products we needed. But then came 2020, and we were all blown off course into uncharted waters.

In March 2020, Americans (and everyone else for that matter, but what happens in the U.S. sets the stage for what happens in the rest of the globe) were locked up at home with nothing to spend their money on. The service sector was shut down, and people couldn’t go on holiday—so they started buying products online. Demographics that had never before shown interest in making internet purchases were now buying treadmills and weights machines for the new home gym they were making in the spare room. And they were decorating and making home improvements to every other room.

While consumer spending decreased in general, in 2020, Americans spent 18% more on recreational goods than they did pre-pandemic, causing a positive demand shock for these types of products. Of course, under normal circumstances, it is possible to increase supply to address the increased level of demand. But 2020 was everything but normal.

At the same time as the positive demand shock, there was also a supply shock, which happens when there is a reduced capacity to produce goods. Strict lockdown measures in Asia prevented workers from doing their jobs and making the products that were so in demand on the other side of the world.

Fearing the worst from the supply shock, shipping firms reduced capacity by 11% without seeing the positive demand shock. This stopped the normal flow of goods and also had the knock-on effect of abandoning empty shipping containers across the globe.

Additionally, COVID-19 restrictions meant that shipping containers could not be sent back from the U.S. to Asia, meaning the containers were not where they needed to be for new products to be shipped.

These conditions sowed the seeds for the global supply chain disaster we are currently seeing today. The spot price to send a 40-foot shipping container from Shanghai to New York in 2019 was roughly $2,500. Today, sending that same container will cost around five times as much—$15,000. A late booking from China to Los Angeles could cost closer to $20,000.

During the first seven months of 2021, cargo volumes between Asia and North America increased by 27% compared with pre-pandemic levels for several reasons. First, the pandemic changed consumer behaviour, and second, there was a need to compensate for a lack of products in the U.S. due to previous factory closures in Asia. Both have led to an increased number of product orders being placed.

This increase in trade has caused severe port congestion. And now, Christmas is coming. U.S. ports are so clogged that the whole world is affected; 13% of the world’s cargo is suffering from some form of delay.

Port infrastructure is unable to cope with the sheer number of containers and cargo ships. Bloomberg reported that in September 2021, 40 container vessels were waiting to be offloaded at the ports of Los Angeles and Long Beach in Southern California—the highest number since the media company started tracking global port congestion. On the other side of America, on the East Coast, the Savannah port in Georgia, had the highest congestion rate of all major ports in the world.

The massive pileup at sea is a stark contrast to the empty shelves that consumers are facing. The problem, in terms of shipping containers, is that they are in the wrong place at the wrong time. There’s was a bottleneck, which caused another bottleneck, and now the whole industry is grinding to a halt.

U.S. port authorities are unable to clear the significant number of shipping containers due to a shortage of lorries, lorry drivers, and port workers. Every day, more containers arrive at ports than can be cleared from them, which causes a larger queue of ships waiting to unload their freight. In addition, containers stacked five-high in ports take far longer for cranes to move—slowing the process down even further.

To make the situation even worse, because of the demand for shipping containers in China, they are being sent across the Pacific empty rather than full of American-made goods. Rather than alleviating the problem, this is compounding it even further and causing even larger bottlenecks. The goods that should have been shipped across the Pacific have to be stored somewhere, and they are currently being stored as rail freight on trains. Since the goods can’t be unloaded, the trains can’t collect further goods from U.S. factories.

Which, once again, is making the situation even worse.

There are five essential ingredients for a supply chain to work efficiently: shipping containers, ports, rail networks, warehouses, and lorry drivers. All of these elements must be balanced for consumers to get their products on time: sufficient shipping containers need to be shipped to ports that can unload freight quickly and send it off to warehouses by rail and lorry.

Currently, every one of those elements is clogged up and blocked.

At the beginning of 2020, there was a surplus of shipping containers, which is why they were so cheap. But due to speculation about global trade collapsing due to COVID-19, almost no orders were placed in the first months of the year.

However, hindsight is a beautiful thing, and we know now that the opposite was happening. When the world woke to the increase in products being ordered, floods of orders for shipping containers were placed in China, where almost 90% of the world’s shipping containers are made. But despite a record number of orders, there are still not enough to make up for the small number of containers being shipped back to China. Supply is not set to meet demand until 2023.

What is the future of shipping containers?

The lack of shipping containers has led companies to send goods by other means: by air, and there have even been reports of cargo being sent from Asia by road. Both of these are not sustainable, long-term approaches to global transportation. The current situation has also led the largest companies to contract their own ships, while smaller companies are unable to do this and suffer the consequences.

There is some cause for concern. Joseph Giranda, Director of Commercial Relations at CFR Rinkens, a U.S. vehicle shipping company, highlights a potential negative fallout from the increased cost of shipping containers. “As it’s going to cost more to ship goods around the world, people will buy less because of the price. And a decrease in consumer spending—especially after COVID—could be serious. Fewer sales mean layoffs, which could affect the whole economy.”

There is, however, also optimism about the future of shipping containers, with some shipping industry experts claiming that it is just a question of time before buying patterns normalise and the bottlenecks are relieved.

We can’t predict the future, but we do know the ship of global trade is currently unsteady. Technology is sure to play a role, as is redesigning port infrastructure. But the current situation is making businesses ask themselves tough questions about their reliance on global supply chains. 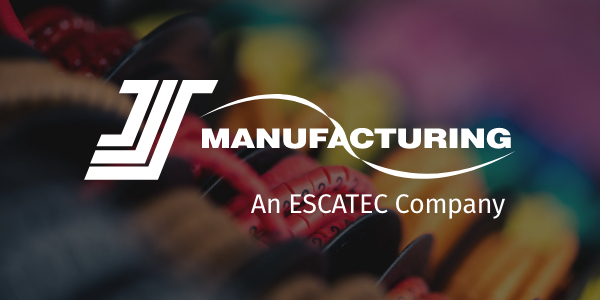