Degree or apprenticeship – how I combined the best of both worlds 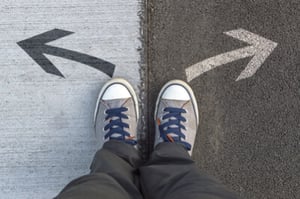 I am the worst when it comes to making decisions. It once took me three hours in a sports shop to decide which tennis racket to buy. I mean that’s just embarrassing isn’t it!

For a lucky few, decisions are easy to make - even the big 'life' ones such as deciding between going to university or applying for an apprenticeship.

Some people seem to just intuitively know what it is they want to do and how they are going to get there. I, on the other hand, am part of the other 99% for whom important decisions are anything but straight-forward.

My Mum and Dad have always said ‘as long as you try your best, that’s all we can ask for’. However, as my older sister had managed to get into university, the brother-sister rivalry within me, had crept out and I was determined not to fail.

Whether I chose university or an apprenticeship, one thing I knew for sure was that I definitely wanted to pursue the business route. But with so many different pathways to go down, the higher degree of choice only made my decision that much more difficult.

My friends’ choices were another big influence. If I went to university and they started working or doing an apprenticeship, would I be envious of them earning money whilst I was up to my neck in student debt?

With so many questions in my mind, I knew that I was going to need to consider all the options.

I was very much encouraged by my school to go onto university, due to the fact that they believed it would boost my career prospects and put me in a better position to receive greater pay. But having to come to terms with the vast amount of debt that comes with university, was also a very disconcerting prospect.

On the plus side, pursuing a university degree would mean another 3 to 4 years of having no responsibilities, and with no pressing need to have to decide 'what to do next'.

It was also an opportunity to leave home and immerse myself in ‘uni life’. Many older, wiser individuals, told me that university would be an experience that I would never forget - a chance to meet hundreds of new people from all different backgrounds, to forge new friendships and to create lasting memories.

Proximity was another consideration. Some people want to move as far away as possible, whereas others can’t bear the thought of leaving home. For me, I knew that I wanted to live away from home, but not so far away that it would be crazily expensive when I wanted to travel back.

A huge plus point of choosing the apprentice path was that I would be learning whilst earning. I'd gain hands-on knowledge of what it is like in the real world of work and I'd get invaluable experience in the specific field that I wanted to go into. My big issue though was that I wasn't entirely sure what field that was!

I also couldn't shake that nagging doubt that an apprenticeship might be the 'less academic' route when compared with university. Having done my research though, I've now realised that this simply isn’t the case.

Apprenticeships are well respected and, as employers look for evidence of work experience and not just degree classification, they have become increasingly high in demand. As I've also discovered, numerous employers now offer apprenticeships that come with the opportunity of gaining a degree as well, so essentially you benefit from the best of both worlds.

It was the appreciation of the value of practical experience that led me to where I am now. With two years of my Business Studies degree under my belt, I'm now midway through a year-long industrial placement at JJS Manufacturing. In the end I realised that what was best for me was to find the happy medium - by pursuing my degree studies but ensuring that I included workplace experience in the mix.

Some may say I was a sheep in conforming with the norm and opting for university, but it was a decision that I made whole-heartedly. It was also the chance for a fresh start, and a prolonged period of time in which to decide what it is that I want to do with my life.

Would I still choose to go to university if I had to make the choice again? The answer to that question is 100% yes. When I look back at the friends I've made, and the opportunities that have come my way, I wouldn't change my decision for the world. 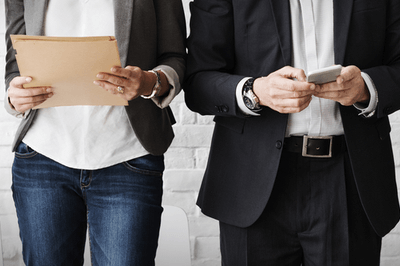 How to ace your industrial placement application 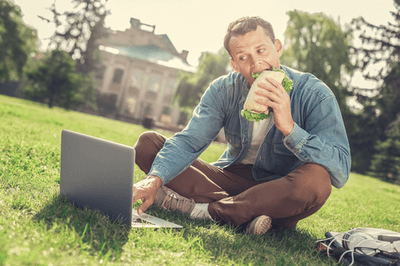 Industrial placements - is a sandwich year a good idea?