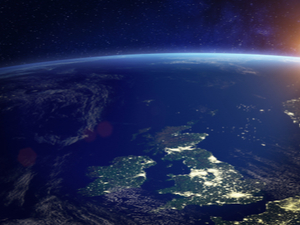 I think we're all still a little shell-shocked from the unrelenting weight of 2020. I don't know about you, but I've almost forgotten what 'normal life' feels like.

Sure, we throw around phrases like, "weather a storm" and "should the worse happen", and as 2020 has showed us, there's more to those adages than a few words.

This is now our reality. We are weathering the storm and it's led plenty of manufacturers to start reinventing the wheel. How can we make ourselves more adaptable? More flexible? More resilient in the face of adversity?

Returning to 'business as usual' will demand a re-assessment of all corners of operations and supply chains. And for many, reshoring is the most favourable strategy with as as 50% of UK manufacturers supporting a nation-wide reshoring strategy.

With so many UK manufacturers currently operating through an offshoring strategy - outsourcing product components overseas, reshoring will see the reverse of this, as many return production or operations to the UK.

But what could a nationwide reshoring strategy look like? And what benefits can we expect to see?

When we think back to why we first chose to outsource to foreign economies, it was to take advantage of lower costs. More specifically, low labour costs. But the cost of labour overseas is now on the rise.

In China, labour costs have grown as much as 25%, and a global rising middle class is driving the demand for higher wages, seeing that initial cost advantage begin to disappear.

Add to the equation the hidden costs that escalate from pain points in delivery, quality and intellectual property, and offshoring starts to appear as not quite as cost-effective as it once was. Reshoring can help to stabilise costs, adding transparency to the supply chain and minimising the risks that come with overseas outsourcing.

The complexities of our existing supply chains have caused a great deal of pain in recent months. While the pandemic was the precursor to widesperad disruption across the industry, it highlighted the need for greater simplicity within our supply chains. Factory closures, problems with labour availability issues and transport infrastructure issues were just some of the problems that put a strain on manufacturers during this time.

Supply chain risk is amplified with offshore suppliers; the greater the distance, the higher the risk. Not to mention the logistical challenges such as chasing overseas suppliers. Communication can become blurred and naturally more difficult when dealing with offshore providers. All of these added complexities exacerbate issues that arise in times of crisis. Simplicity - and localising supply chains - could perhaps be the answer to greater resilience in the future.

The Global Economic Crisis of 2008 forced manufactures to re-evaluate their location decisions.  Once again, we see decisions forced upon manufacturers as we transition towards a 'new normal'. But could we flip that perception and see those as opportunities as opposed to challenges?

The opportunities that stem from reshoring supply chains are tenfold. Having more localised operations means manufacturers can begin to implement the use of new digital and production technologies, thanks to greater control and flexibility. We could see more UK manufacturers promote greater use of big data, 3D printing, virtual production, industrial automation - overall, increasing the value of the goods they create and bolstering the economy at a time when it's much needed.

It's no doubt that reshoring gives manufacturers more control over their production processes, potentially allowing for greater quality products and faster production.

Quality has long been an issue when sourcing components from abroad. By outsourcing, you naturally relinquish a large amount of control over quality. But sourcing domestically helps manufacturers retain some of that control, especially over the quality and volumes of the parts you're purchasing.

Offshoring usually comes with high volume minimum orders, leaving you less movement if you need to order lower volumes. When sourcing locally, you have the luxury of being able to build greater relationships with your suppliers, resulting in hopefully, more autonomy and compromise when it comes to order logistics.

Cost may have been what took us overseas to begin with, but as times have evolved, offshoring isn't as cost-effective as it once was. Yes, cost of labour and cost of products can at first, seem less, but the hidden costs, the logistical nightmares and the loss of control can cause longer term pain. Reshoring will most certainly become a favourable option as we all head towards a 'new normal' and instil resilience into the future of the industry.