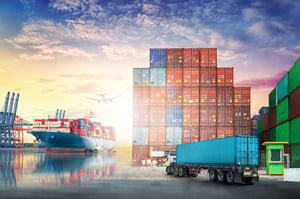 But even in these time of uncertainty, there are opportunities for companies to harness the latest market knowledge and insights to ensure they thrive, innovate and maintain a competitive advantage.

In this blog post we provide a roundup of the key landmarks in the global electronics component landscape over the past three months.

As the implementation of 5G networks progresses, the current market saturation for new handsets is anticipated to come to an end as customers move to upgraded handsets that are capable of using the new 5G network. This inevitable shift is also expected to result in some shortages in supply of components, specifically capacitors.

There are signs that there has been some stabilisation to the Pound Sterling after the UK General Election last December. GBP:USD has remained around 1:1.30 with GBP:EUR maintaining a minimum of 1:1.17 since November 2019.

Japanese passive electronic components manufacturer Murata have reversed their strategy to obsolete ‘larger’ component case sizes after recognising that there is still a demand for them within the Industrial sector. Items marked ‘Not Recommended for New Design’ (NRND) are on allocation based on previous usage and these items will go obsolete in the future.

Samsung’s Fab in the South Korean city of Hwaseong suffered a power outage at the end of December 2019 resulting in a production stop. The full extent of the damage is still to be established but it could fuel DRAM and V-NAND price increases sooner than anticipated - and even more so if a significant amount of wafers are to be scrapped.

Vishay Intertechnology inductors are on extended lead-times with some reported as far out as 78 weeks. An amount of stock is currently available within the marketplace, however it is unclear how long this stock will last, or how accurate lead-times for new orders will be. As this stock depletes further, it is also likely that pricing will increase.

Internet of Things (IoT) sensor technology is continuing to rapidly evolve. During 2004, an IoT sensor cost around $1.30. In 2020 the average cost is predicted to be around $0.38 each. It has been suggested that there are now, on average, at least 6 sensors for each IoT application and accessory.

TE connectors continue to experience lengthy lead-times and relays are on allocation, with little improvement seen since October 2019. This is more notable with circular connectors, DEUTSCH and automotive connectors.

Global electronic component distributor Yageo is set to acquire American capacitor manufacturer KEMET for US$27.20 per share in cash.

Wesco International Inc. have raised their buy-out bid for Anixter International after it was said that Anixter were looking to do a deal with Clayton, Dubilier and Rice LLC.

Panasonic are looking to sell their semiconductor line to Nuvoton for $250m. The decision forms part of Panasonic's strategy to cut fixed costs by 2022 by consolidating production sites and exiting from loss making divisions.

The Eurotech Group are enhancing their manufacturing capabilities to include flex, and flex-rigid boards by the acquisition of Lyncolec, supporting Eurotech’s growth strategy.

Manufacturers in the Far East, specifically China, are accelerating expansion plans for factories to ensure they are ready to cope with the increased demand associated with the manufacture of bare boards for 5G networks.

Multilayer ceramic capacitor (MLCC) pricing is still stable despite the ongoing market conditions but is not decreasing significantly.

Oil, currently priced at $68.53 per barrel, has risen over the last month, with further fluctuations being fuelled by Brexit and unrest in the Middle East between Iran and the United States. Historically, oil pricing has needed to double to pose a severe threat to global growth. In the thirty days to mid-January 2020, the increase was 0.38%.

European Stainless Steel pricing has remained stable with mills determined to maintain their margins despite low demand in the market. 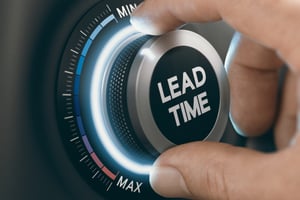 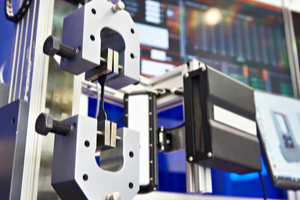