How to manage cyber-threats within electronics manufacturing 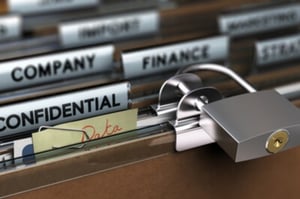 The rise of the 4th industrial revolution (4IR)has brought with it digital inter-connectivity that offers unprecedented opportunities for Original Equipment Manufacturers (OEMs.)

But with that openness there also comes risk - the threat of the loss of data, the theft of capital or intellectual property, and the disruption of access to systems or operational technology - all of which can impede businesses and impact on trade.

According to a report by the Manufacturers Organisation EEF, the manufacturing sector now ranks as the third most targeted for attack, behind government systems and finance.

And yet the manufacturing industry would also appear to be one of the least protected against cyber-crime.

In the EEF's latest survey of manufacturers, undertaken by cyber-security research company RUSI, 48% of respondents reported that they had been subject to a cyber-security incident at some time, with half being subject to either a financial loss or a disruption to business.

Many attacks however, appear to go unreported as businesses either fail to notice or choose not to report the event to avoid reputational damage.

With the increase of digitisation, the threat to manufacturers is predicted to deepen, and 91% of businesses say they are investing in digital technologies in response to 4IR.

But the challenge of implementing appropriate risk mitigation remains a concern for many businesses.

Forty-one percent of manufacturers believe they lack access to the information they need to assess their specific concerns; while 45% aren't confident they have the right tools for the job and 12% of businesses admit they currently have no cyber-security measures in place.

As the report highlights, much of the impetus for change is being driven by customer expectation. 59% of manufacturers report that they've been asked by customers to demonstrate or guarantee the robustness of their cyber-security processes.

And 58% of manufacturers themselves say they expect the same level of safe-guarding from businesses within their own supply chains.

Surprisingly though, 37% of manufacturers admit they aren't certain they would be able to demonstrate their own cyber-security credentials to a customer.

The risk of cyber-attack, says the EEF report, is no longer a case of 'if,' but 'when' and 'to what degree.'

And although 75% of respondents report that they monitor their software and systems, few would appear to have a comprehensive business strategy in place.

The extent of cyber-security preparedness amongst manufacturers also appears to be highly varied. While some businesses have high awareness and have implemented robust measures, many manufacturers say that they are only just beginning to address the challenges.

There are currently no mandatory regulatory standards that govern cyber-security practice withing the UK manufacturing industry. The UK government is increasingly driving the implementation of the Cyber Essentials standard, which is now mandatory for many public-sector contracts. But there is debate as to how appropriate it is for the specific needs of manufacturing.

The drive for change

As the EEF report highlights, manufacturers, customers and suppliers are become increasingly aware of the threat of cyber-crime. For many, cyber-security is now accepted as a fundamental business requirement. And much of the impetus for change is predicted to come from manufacturers themselves as they strive to provide contractual assurances to their customers.

The National Computer Security Center (NCSC) has released guidance on basic cyber-security risk-management principles which can be implemented by all businesses, regardless of their size: 7 reasons manufacturers are investing in robotics in 2022