Can communications ever be secure? 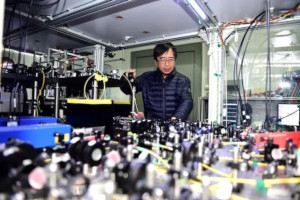 Have you ever considered it a bit odd that most people would never dare send cash by post, but don’t give a second thought to distributing their entire bank and credit card details into the ether? Just me then.

But we all do it, it’s convenient, and the vast majority of times it all works out as we intended. All this hacking and ransomware is a bit of a worry though. At best annoying, when it comes to affecting organisations such as the NHS, it’s downright dangerous. It seems that whatever the smart guys come up with to help keep our communications and data secure, there is a criminal who can eventually find a way around it. So is this just something we’ll have to learn to live with?

Well maybe not, as this article from ‘The Engineer’ suggests the smart guys are determined to keep ahead. Now I confess that I’m not up to speed on the finer points of “long-distance quantum entanglement distribution” but I am prepared to bet that it is really very clever indeed. Just knowing that such things are being developed surely gives hope that, in an increasingly connected world, it’s all going to be OK after all.

Quantum cryptography is an even more sophisticated method of keeping communications private. It relies on “entangled photons”: particles of light, which are created simultaneously and have identical properties no matter how far apart they are. Because at the quantum level, observation changes that which is being observed, the act of eavesdropping interferes with the communication itself, indicating that the messages are not secure.