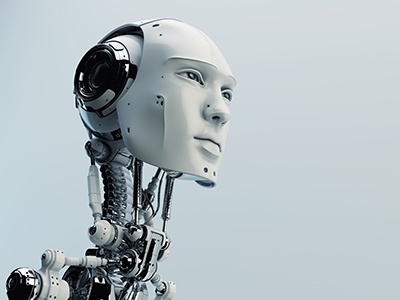 There is no doubt that industrial automation is reshaping the manufacturing and engineering landscape. While the UK has suffered some setbacks in recent years, it still remains the 11th largest manufacturing and engineering sector globally. Automation is enabling vast advancements in productivity and paving the way for "smart" factories and the next industrial revolution: Industrie 4.0.

However, as is often the case with developments in technology, industrial automation continues to incite levels of fear as well as excitement among both original equipment manufacturers (OEMs) and electronics manufacturing services (EMS) providers. That's understandable - but should we be scared, or should we be welcoming this new world order with open arms?

In this blog post, we will look at three common concerns surrounding industrial automation and try to highlight why the benefits outweigh the drawbacks.

1. The robots will take over

This is probably the largest and most prevailing fear about industrial automation. And it does have some merit although it's not exactly a new concern. Ever since the Czech writer Karel Capek introduced the world to the word "robot" in his 1920 play R.U.R, fear has existed. According to The Telegraph, Professor Moshe Vardi, of Rice University in the US, warned earlier this year that robots will have taken over most jobs within 30 years. He said: "We are approaching a time when machines will be able to outperform humans at almost any task."

On the one hand, this scenario could be a good thing, leading to more leisure time and less stress. But on the other hand, rising unemployment would be a shock to the system and could have unforeseen, long-term implications. In the words of Professor Vardi: "I believe that work is essential to human well-being."

There's also the even greater anxiety that artificial intelligence (AI) will become so advanced as to actually supplant human domination over the planet. Back in 2014, Professor Stephen Hawking warned that AI could result in a potentially dystopian future. He told the BBC: "The development of full artificial intelligence could spell the end of the human race."

So what’s the verdict? Probably that we should remain cautious – but not deeply afraid. Robots could pose a threat in the future but this is something that will need to be monitored over time.

Instead, perhaps we should focus more on how employment could change in the future and how we might need to adapt. Yes, further advancements in industrial automation will replace some jobs, but it will be those positions that tend to be defined by monotony and even danger. Therefore, automation will pave the way for more roles requiring human innovation and skill and will result in safer and more creative work spaces.

2. Is the return on investment worth it?

Implementing an industrial automation solution can be expensive. But the return on investment (ROI) is vast – so long as you are willing to pay the initial upfront cost. And this cost may be lower than you think as the cost of automated solutions, including collaborative robots, continues to drop.

The UK Government is recognising the need to invest on this front. In the 2015 Summer Budget, Chancellor George Osborne fixed the rate of Annual Investment Allowance (AIA) for capital allowances at £200,000. And manufacturers are taking up the baton too. According to a 2015 report by Barclays, Future-proofing UK manufacturing, 58 per cent of British manufacturers say their business has invested in automation equipment, while a further 13 per cent say they have considered such investment.

Industrial automation leads to increased productivity and efficiency, higher quality products and more customisation – and it also opens up the doors for innovation. According to The Manufacturer, there is a high satisfaction with automation projects in the UK. In 2015, 72 per cent of companies that had invested in automation expected full ROI within three years. And 60 per cent said that working conditions and job satisfaction have improved as a result of their most recent automation project.

The SMMT reported back in April 2015 that UK car manufacturers have seen major benefits from investment in automation and are now producing 11.5 vehicles per employee per year, compared to 9.3 in 2009. However, the UK is currently a long way behind some of its European rivals with regard to robots deployed in manufacturing sectors. To illustrate this point, the 2015 IFR World Robotics Report suggests that the UK has 31 robots deployed per 10,000 employees, versus 161 for Germany.

Therefore, in the long term, there is little not to recommend industrial automation - but there is a need to take the plunge, in order to compete in this new landscape.

Perhaps your main fear about industrial automation is that you’re simply unsure how to go about implementing it. The key is to start small. For example, you might begin by walking your factory floor and identifying opportunities for automation – applying labels to boxes, perhaps, or lifting heavy objects. Where does monotony occur? Where do you need an increase in production efficiency?

Another option would be to seek professional advice early on. Many key suppliers already offer a level of consultancy, some of which is free of charge, to help you identify areas within your business where an increased use of automation can be of benefit. Facilities like the MTC in Coventry provide state-of-the-art facilities and equipment, which offer an unparalleled environment for the development and demonstration of new technologies on an industrial scale.

Once you've started to think about streamlining some of your factory’s basic tasks, you can then look more creatively about how to use industrial automation to your advantage. For instance, end users are increasingly demanding customised products to suit their unique needs. Automation empowers this process - while, at the same time, maintaining strict safety and quality standards and not dramatically increasing costs. How would meeting these future demands positively impact your organisation?

Industrial automation is completely changing the face of the manufacturing and engineering sector. Therefore, it's impossible for OEMs and EMS providers to ignore – and that can be a daunting reality to face up to.

It is perfectly normal to have legitimate concerns about automation. Developments in AI do raise some profound questions; investing in robots may cause worry or concern within the workplace; and embarking on new automation projects can require new skills and processes never previously required. However, we believe the advantages of embracing industrial automation are massive; and the potential ROI is huge. 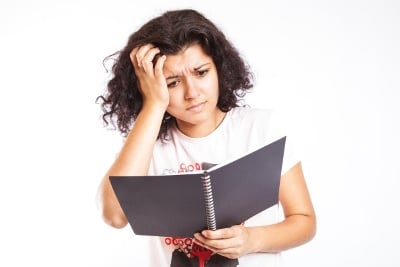